It is believed there are only about 100 Dama Gazelles still existing in the wild, fragmented in four tiny populations in Chad and Niger.  The Sahara Conservation Fund (SCF) is committed to saving this critically endangered species from extinction, and we are so thrilled to have been involved in their latest efforts on the ground.  These have included the searching for and darting of three females and one male (from a different population) which will now be valuable to start a controlled breeding programme, within Chad’s Ouadi Rimé-Ouadi Achim Game Reserve.  This vast protected area (78,000 km²) is solely dedicated to the conservation of desert species, and the dama will be nurtured from a basecamp here. 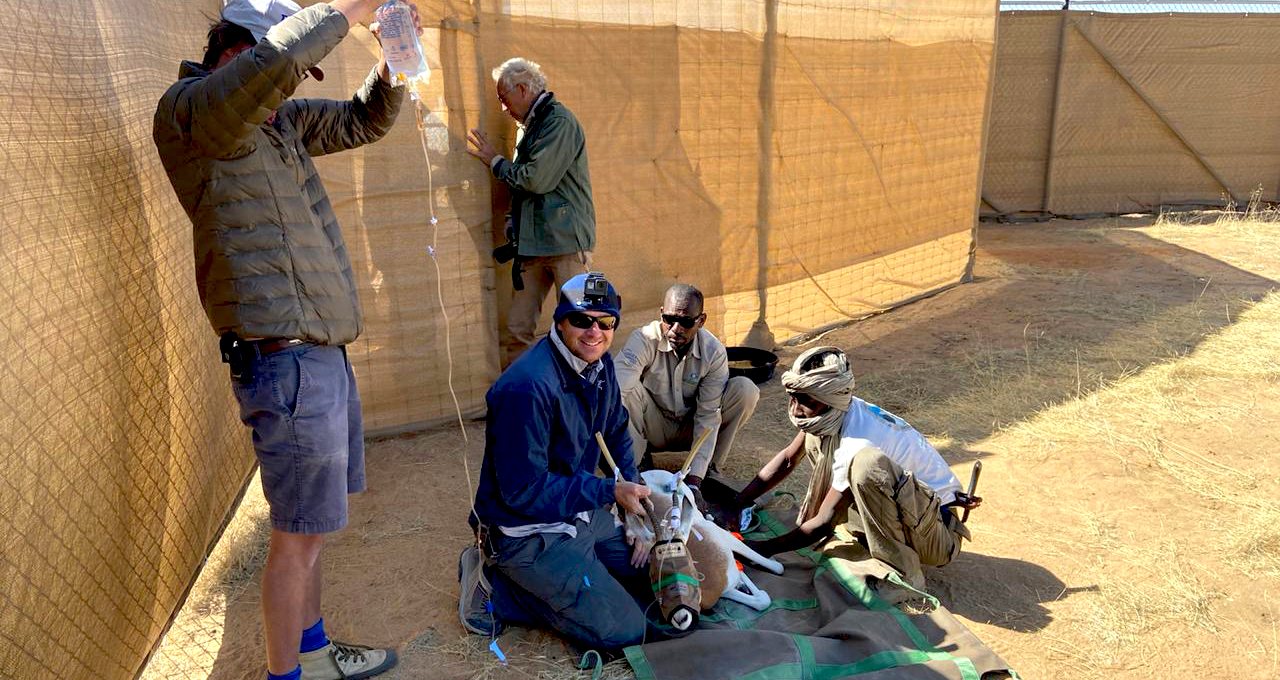 So, with great support from many organisations, government bodies and individuals, the main long term aim of this project, coordinated by SCF,  is to recover some of the most genetically diverse dama individuals, to strengthen their genetics and give them a chance to repopulate the territories in which they used to thrive.

In the 1940’s dama roamed in abundance from Morocco to the Nile.  But for the last 20 years, SCF have been actively monitoring their numbers and every survey has shown a worryingly diminishing population, with the known threats being the 1980’s conflict between Chad and Libya which caused a huge population crash, and more recently intense competition from pastoralism, which is the main way of life for the majority of the local communities.

The work of SCF is made possible with the backing of the Environment Agency – Abu Dhabi, who were key in the successful reintroduction of Scimitar-horned Oryx to Chad in 2014, and alongside the dama, are also fighting for the critically endangered Addax – a desert antelope characterised by its spectacular spiral horns.

Other key support includes technical input from Smithsonian in Washington for GPS collars, monitoring and fieldwork by Zoological Society of London (ZSL), and Fossil Rim Wildlife Center in Texas.

Tropic Air Helicopters Ltd provided a platform for biologist and vet, to search vast areas, dart and transport the gazelle back to the base camp.