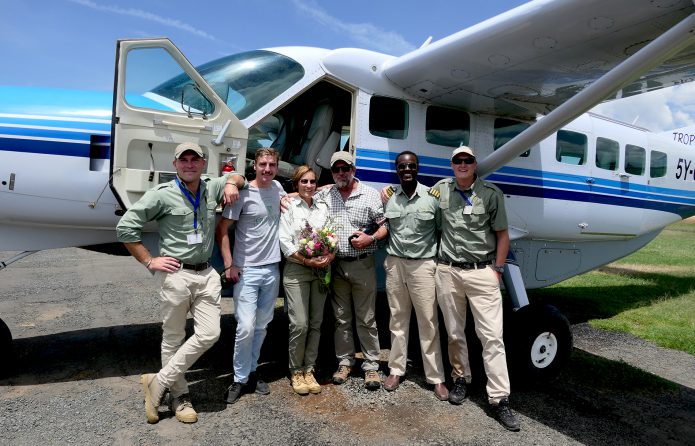 Milestone for Binny Oldenburg as she completes her final flight as a commercial pilot. A lifetime spent flying, Binny’s career started in Tanzania as a bush pilot, continued in UK, and her final years have been back here in Kenya.

For the last two years Binny has been flying our Cessna Caravans, and has been an integral and much appreciated member of our fixed wing team, with an immaculate flying record. She will now shift roles and take on an office position as Director of Flight Operations. Congratulations Binny!